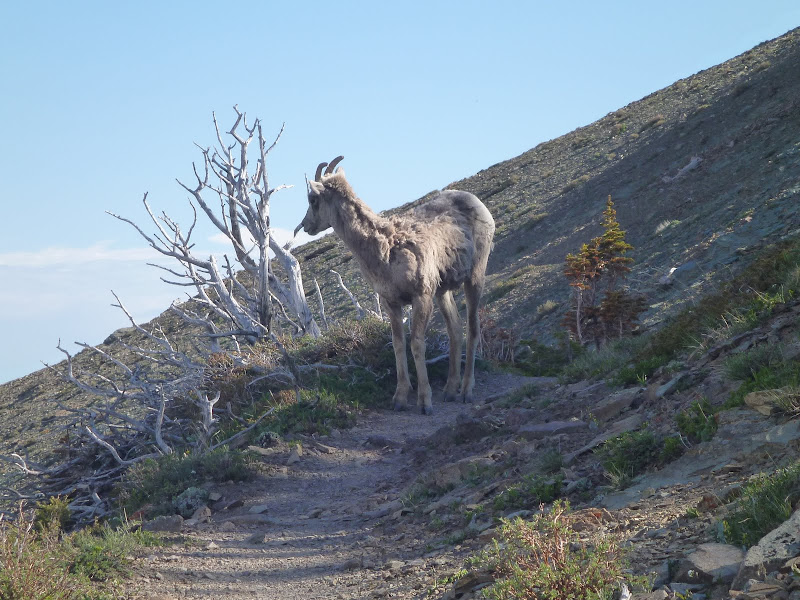 I was woken up today by the dulcet tones of Chance puking his guts out. He got food poisoning from something yesterday. Fortunately, I felt fine.

We only had 10 miles to go to town in East Glacier but it was slow going. Chance was a trooper though and made it up the big climb to Scenic Point. I was getting a bit frustrated with the pace even so. Eventually I let Chance go ahead and then went normal pace to catch up. We had our first views East out onto the plains which was neat, but otherwise it was mostly just a slog. Eventually we kicked out into town behind a giant lodge. We went straight for a hostel behind Serranos, a Mexican restaurant, where we had had dinner before we started with Hailey and her parents. 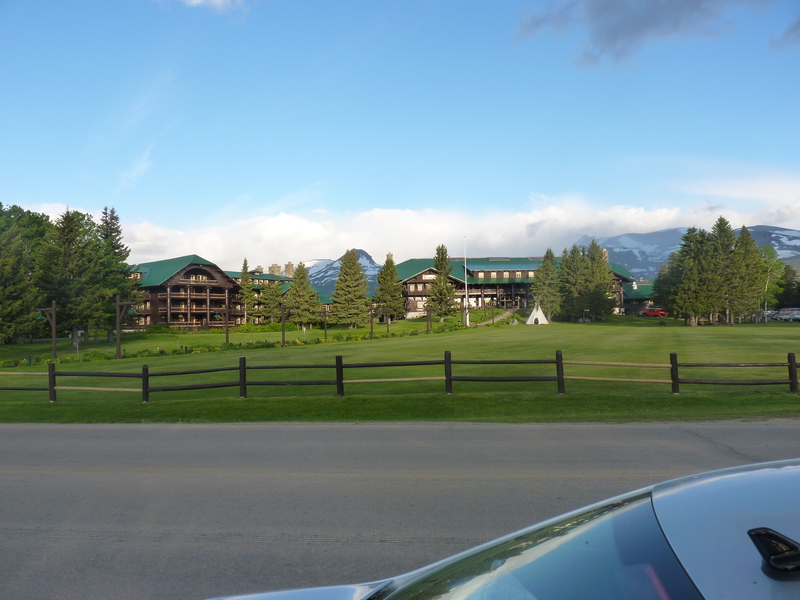 Chance was feeling better in the evening and finally ate something. We met 3 other CDT hikers: Joel, Hui, and Vocal. Considering we weren’t really expecting to meet anyone, we were very surprised! They were incredibly hung over, but still chatted with us quite a bit. Vocal is a ridiculous character, giant beard with pointed moustaches and just talks all the time!