It’s time for another long trail! I’m aiming to finish my Triple Crown of American long distance hikes with the Appalachian Trail (AT). I’ve already finished the Pacific Crest Trail in 2007 and the Continental Divide Trail in 2011, so doing the AT this year will probably wrap up my desire to do long hikes in the USA… I’ve got my eye on Te Ararora in New Zealand, along with some sort of traverse of Europe on one of their amazing trails. But that’s for later, this is what’s up next!!

So, what’s new for me, for this hike? 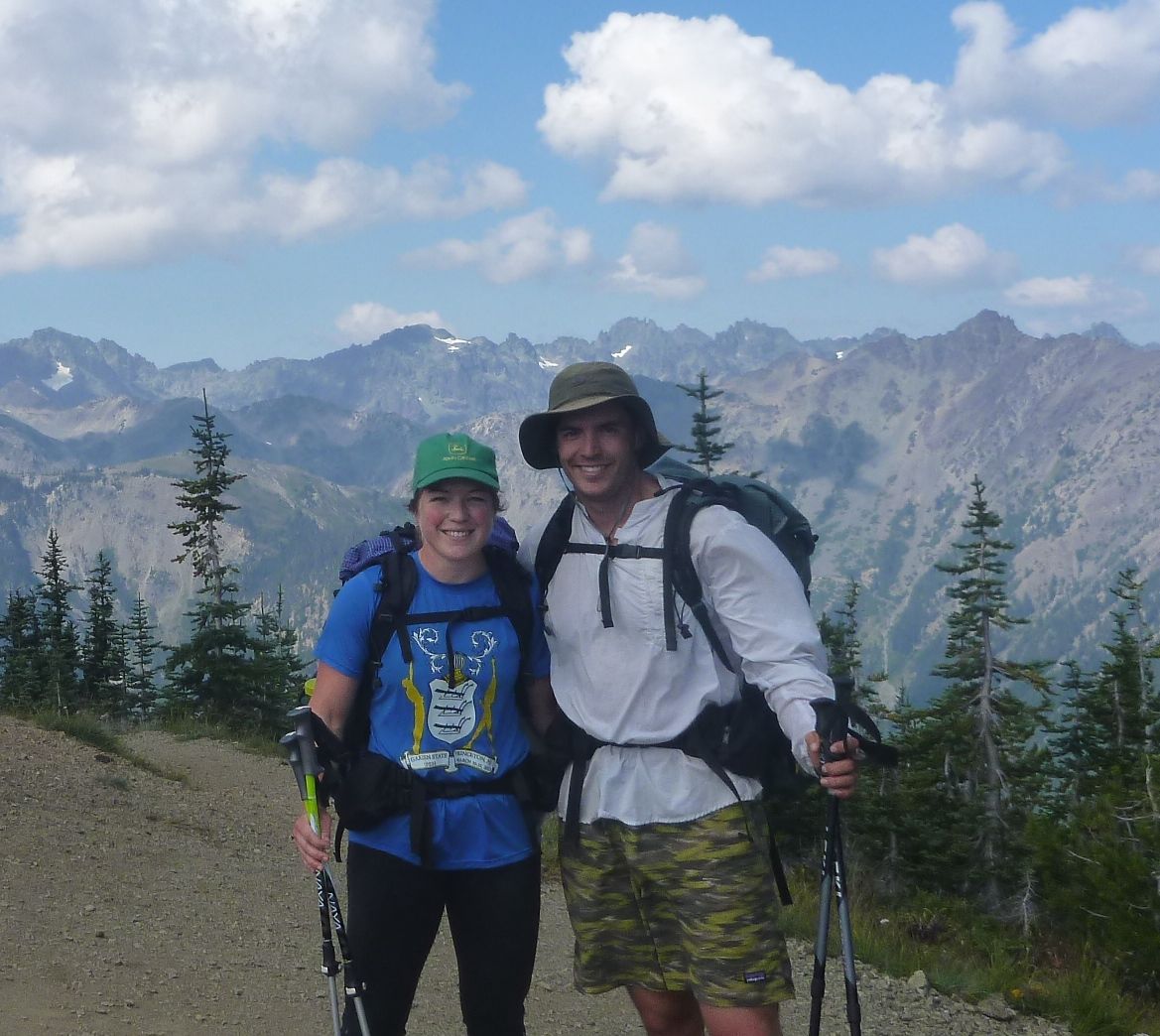 #1 on the list is, I’ve got a partner for this hike, Megan! She lacks experience in long distance hiking, but more than makes up for it in stubbornness (one of the two most important attributes for any thru-hiker, optimism being the other one). We did a beautiful 8 day test-hike last summer in Olympic National Park, and decided we could probably get along well enough to put up with each other for 4-5 months. Our hiking paces are fairly comparable (about the same on flats, she’s faster up, I’m faster down). We also tested out the thru-hiking style in the way we organized each day – wake up, pack up, and go – eat while you walk. Long lunch, with lots of lying down and keeping feet elevated. Hike till dinner, probably more hiking after dinner. Collapse into tent, repeat 🙂 I expect we’ll have some disagreements about personal hygiene and food choices (I generally let both slide).

What’s interesting about the AT itself?

I’m excited to see the East Coast states, and not just the big cities. The trail goes through small towns in 14 states, while also coming within 40 miles of New York City. The terrain itself is very different than what we have out West. The mountains are older, so they often look more like giant rounded hills. The AT also tends to plow right over the top of everything, rather than contouring around.

What’s different about the AT from my past hikes?

Most hikers I met on the other long trails had already tackled the AT, and they almost universally said it was the most physically challenging trail they had ever done. They told me not to expect to hike 20+ miles a day. As I’ve been reading up on the trail, I’ve discovered that the AT has an insane amount of elevation gain – more than either of the CDT or PCT. Since the highest peaks the trail goes over on the CDT and PCT are twice as high as the ones on the AT, it follows that the AT itself is rarely flat 🙂 I’m also expecting a lot more civilization on the AT. I sat down to figure out the logistics of resupply, and within 10 minutes had decided to wing it. From what I can tell, you can barely go 3 days on the AT without running into a town. On the CDT, I had a spreadsheet as long as my arm to figure out where to get food, and how to deal with long stretches where no towns were nearby. Another interesting difference is that the trail is well-marked in it’s entirety, so we won’t be bringing maps of any kind, just a very succinct guide.