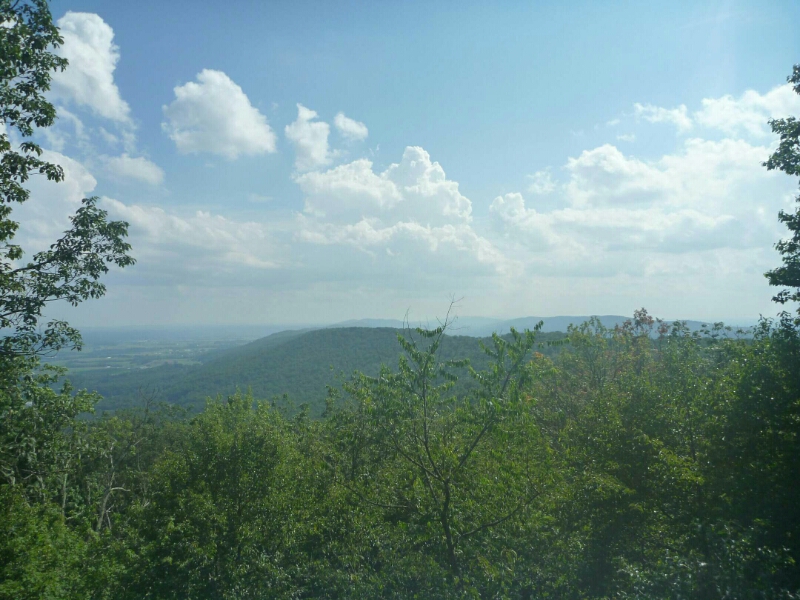 The night wasn’t quite as restful as I hoped. One of our shelter-mates needed her headlamp multiple times to find things in the night. Another one got up at 2am to have a snack, which involved opening every crinkly bag he owned, it seemed, then examining the contents with his headlamp, which coincidentally also shone directly in my eyes. 20 annoying minutes later, he finally went back to sleep… But he was back up at 6,knocking things over and stomping around the shelter. Amazingly, when we finally accepted defeat and got up at 7:30, he was still eating breakfast. When we left 20 minutes later… Still eating. 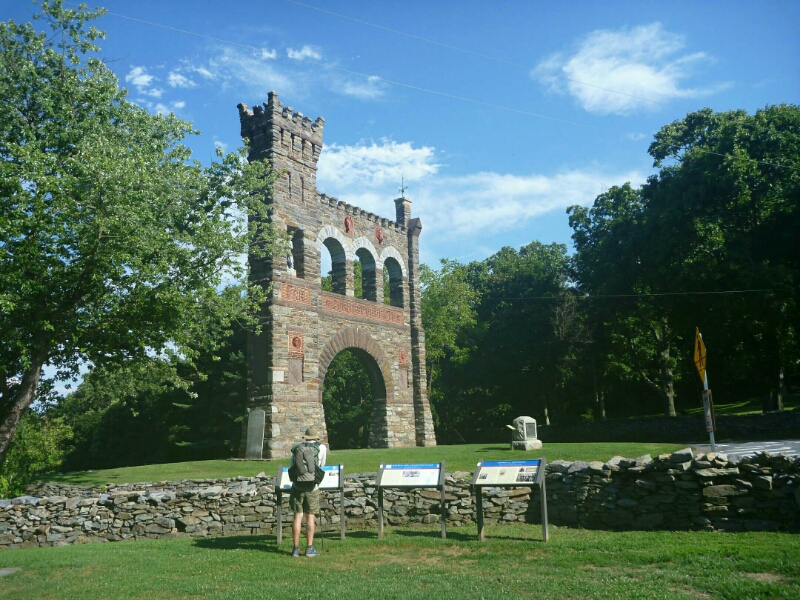 So off we went, lacking sleep, but eager to see what Maryland had to offer. Megan’s shin was feeling better, so she was going strong. The trail was pretty nice, but we missed a few views due to some fog. Just before lunch we went by a monument to George Washington on top of a hill, and there was a nice view of the surrounding valley. We stopped for lunch in a little pavilion nearby, which was especially great when it poured 30 minutes later. We lingered until the rain cleared, then hiked off again for a hot afternoon.

One Response to Day 68