Last night was very restful, so we were up and hiking by 7ish.  The early morning passed in a blur, each hiking at their own pace. We got to our first stop of the day at 10, a deli/gas station between 3 highways. We had breakfast and coffee, then were approached by a photographer for a local newspaper. He wanted to take our photos for a local story on the AT. We chatted for a bit, Megan told him about meeting Clara Hughes, then we headed out to the trail so he could get some action shots. We are not good models, we kept walking too fast for him to get his pictures (ha). Anyways, hopefully we make it into the story, but I’m not holding my breath. 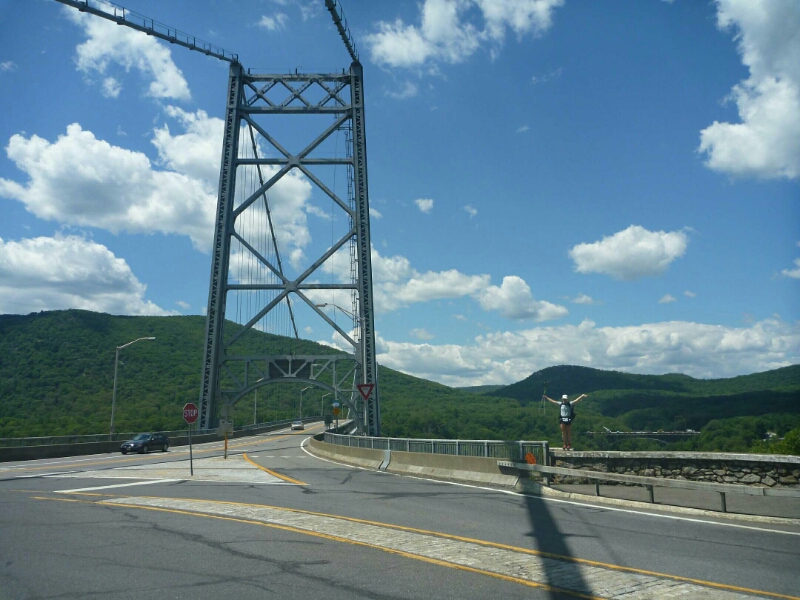 Next up, we crossed the Hudson on Bear Mt Bridge. It was a long walk! We stopped to enjoy the cool breeze and watch a train go by on the edge of the river.  The trail then passes through a zoo, no I’m not kidding. We saw the saddest two bears I’ve ever seen, along with coyotes, red fox, and many other depressed animals. On the other side is a very busy picnicking area, with restaurants and concessions… Which we took much advantage of. 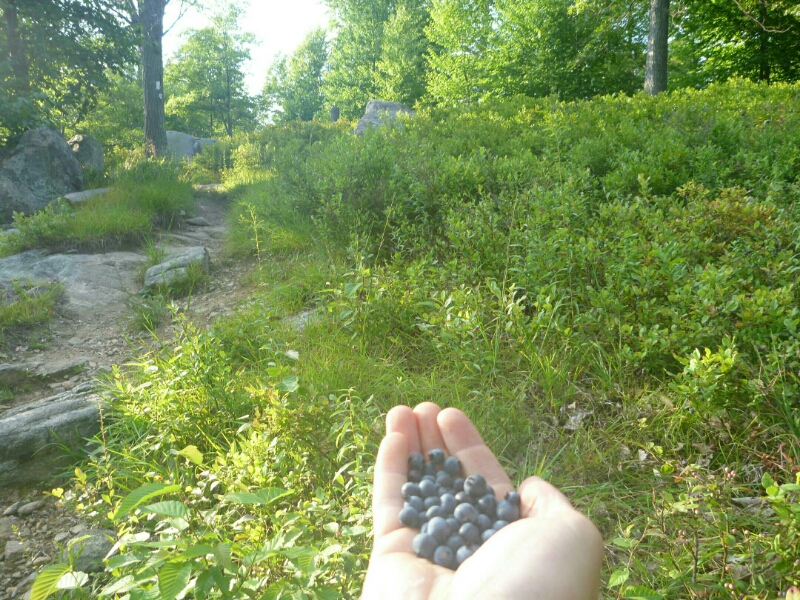 The last leg of the day was up Bear Mountain on a well maintained tourist trail – but it was still hard work in the heat. At the top we sipped on Cokes and admired the NYC skyline, 34 miles away.   We finished up the day with a few more miles to get away from civilization.  Megan found an amazing blueberry patch, dropping her pack to really chow down on them 🙂