I ended up staying in Pagosa partially because I wanted to rest, but really waiting for shoes to arrive via UPS. The tracking info said it would arrive that day, so I was happy enough. Chance and Freebie took off to hike, with a trail angel named Matt C driving but I suspect I’ll see them both again.

I checked into a motel, drank some wine, went to a Mexican restaurant and drank beers with some nice locals. Then I rechecked my UPS info and discovered they had given the shoes to the local Post Office for them to deliver… the next day! I called the PO and asked them to put it aside for me to come pick up, which I did, probably saving half a day of annoyance. The story of actually getting the shoes is more complicated, but I’m told it’s a bit of a shaggy dog, so I’ll spare you. The new shoes are great!

Matt C called me in the evening saying he was headed out for a hike early on Day 100 (woo!) so he offered to take me along. I got to the trail head by 8am, possibly a record for getting out of a town (there is a reason hikers call towns “vortexes”). 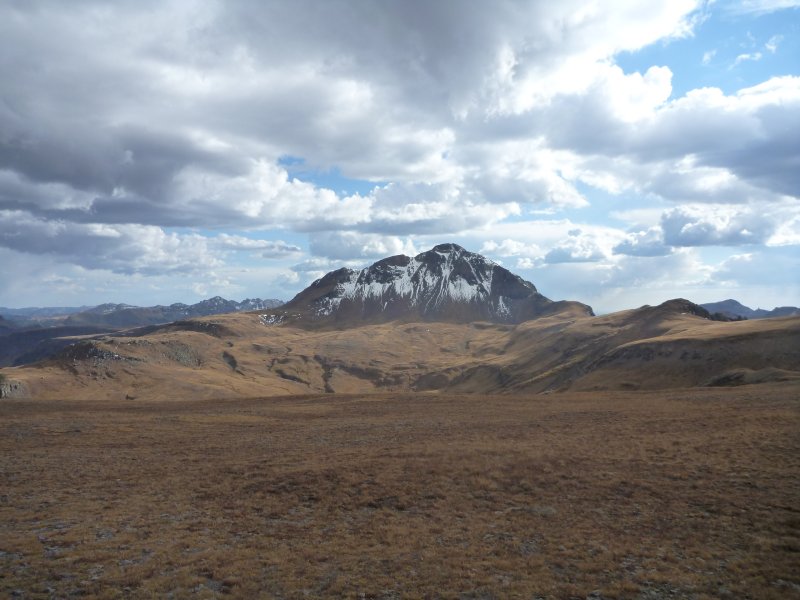 Having spent a day in town, I really appreciated the hiking and scenery again. Well, honestly I was a bit hungover and full of coffee, so there were lots of breaks (to admire said scenery of course). There were some very cool spots, including a basin that had walls like a canyon and lots of neat mountains dusted with snow, jutting out of the divide.

That reminds me – the weather is back! I got snowed on a bit today and there was lots of thunder and lightning going on, thankfully not too close, as I was pretty exposed most of the day. I think the pattern of afternoon weather will probably continue, but I suspect I’ll be leaving it behind in the next few days.