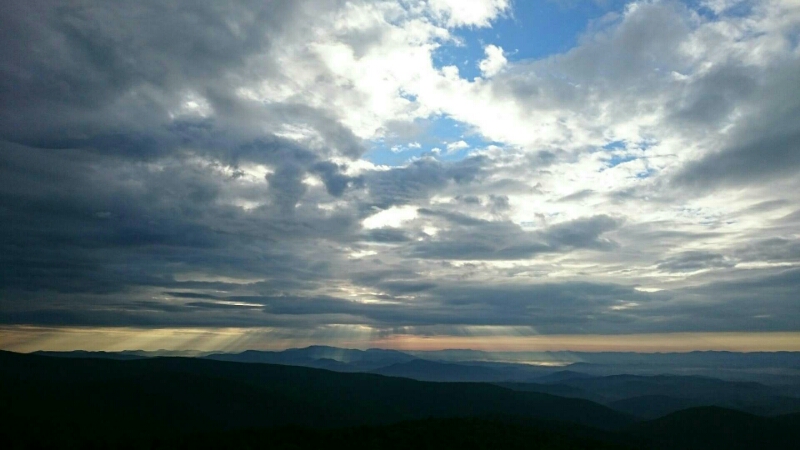 We woke up today to a partially cloudy day. For the first couple hours we had amazing sunrise views, as we climbed above the trees. We were craning our necks back so much to look that I actually ran into Megan’s backpack at full speed once. (mk: we were hunting (looking for) wild ponies, and I had the theme song from the chase scene in The Man from Snowy River in my head all morning!) 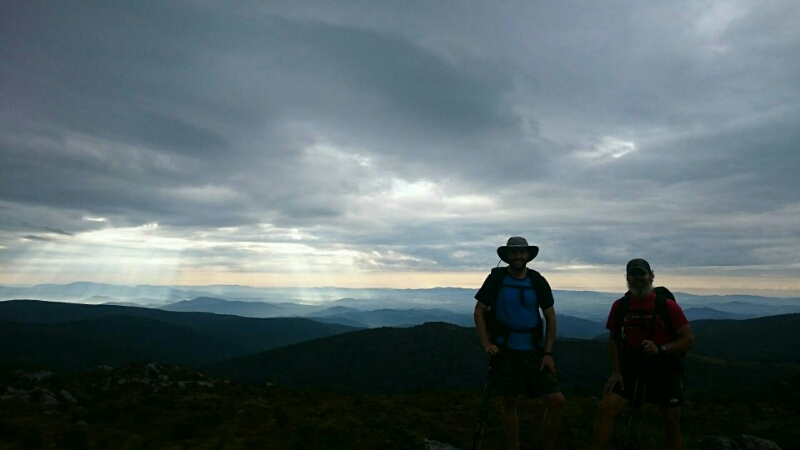 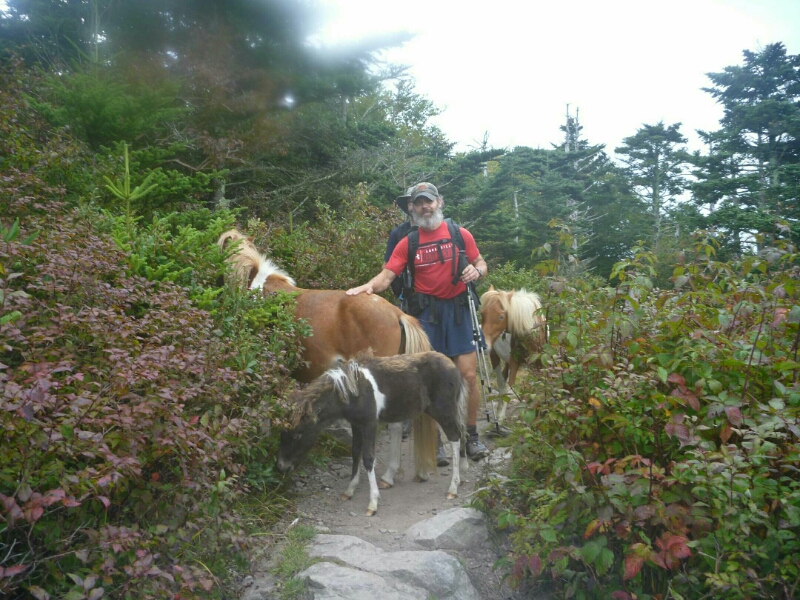 We got to the top of Pine Mountain, passing through Fat Man’s Squeeze, a narrow rock passage. We started seeing cows as we came out of Grayson Highlands, and then we ran into all the ponies!  So many in fact that we had to weave through them on the trail (Megan took the lead here – Brown was calling her the house whisperer, he was a bit afraid of getting kicked by a wee pony which to his credit would still hurt!). 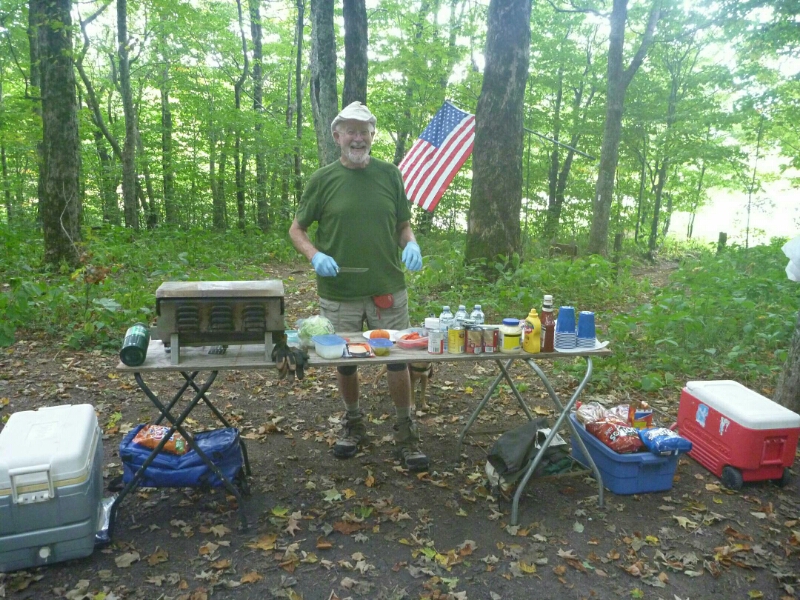 After that, we headed up Mt Rogers then down to Elk Gardens where John was waiting with a huge spread of food.  He was surprised to see us at 11, but he was ready, and we were eating hamburgers by 11:30.  The Highway men showed up too and we ate everything John had brought minus some chips. 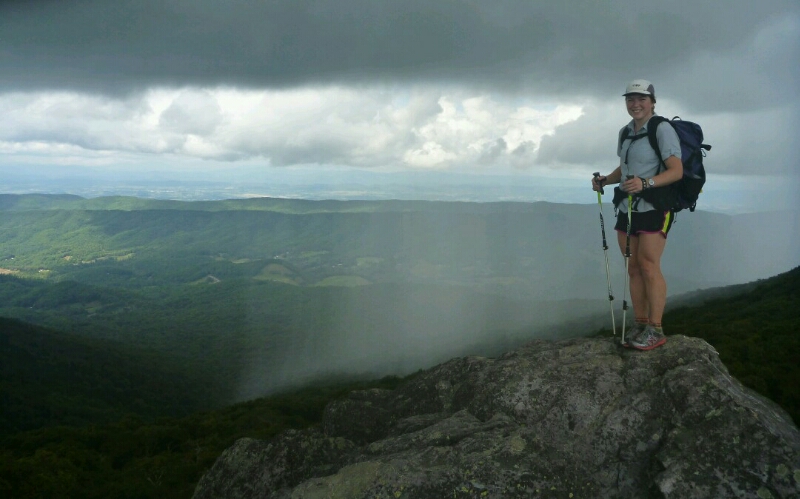 The six of us waddled out of there and headed up Whitetop Mountain. On the way down the other side we watched a rainstorm running down the gully beside us, then we got hit by the next wave as we dropped way down. Eventually we hit the Virginia Creeper Trail, an old converted rail bed that runs into Damascus. We followed it a bit in the rain, and when it split off from the AT we decided to continue on it, while the Highway men headed up to a nearby shelter.

We followed the Creeper Trail slowly down and the rain just got harder and harder. We were walking at times in a couple inches of water. We decided to just keep going once we were totally soaked, Brown saying he thought we were close to town. Turns out we were 6 miles from town, so we rolled in at 8pm to the hostel, a day early. Fortunately, they were open and had room for us. (mk: that was my first 30 miler – we ended up doing 32. That’s over 50km!)

We peeled out of soaked clothing, and into dry scrubs courtesy of the hostel. They also did our laundry, but came out after awhile and politely suggested that another washing cycle would be a good idea. We agreed.

We ended the night lounging in scrubs on the beds eating our trail food, too tired to go find dinner. Megan and Brown did end up going on an expedition to find beer, ultimately getting a ride a mile away to an open grocery store.