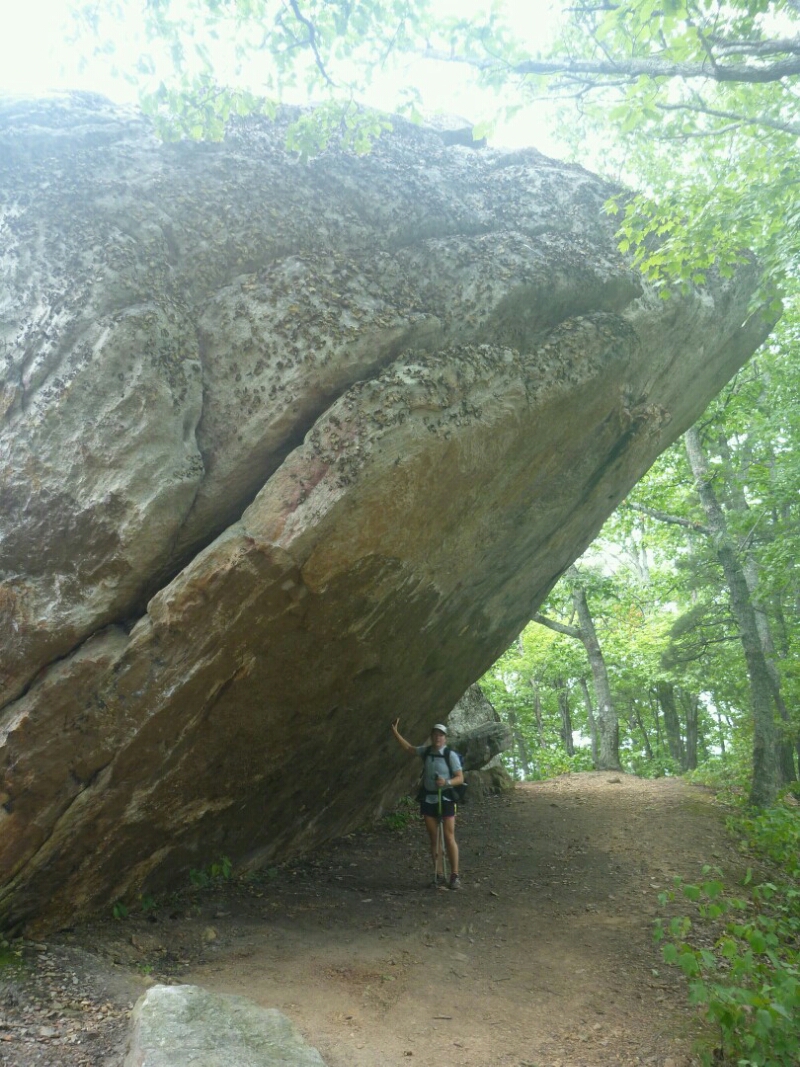 Neither of us slept very well and we were hoping for good breakfast and coffee as a pick me up. We headed to Country Cookin’ for breakfast, which ended up being $7.69 AYCE (all you can eat) buffet since it’s the weekend. Some “highlights” of this classy meal included microwave bacon, Pilsbury cinnamon buns, runny grits, biscuits and white gravy, egg casserole, bad coffee, and non-dairy creamery (why?!?) which, surprisingly, still claimed to come from a farm and also had a label that said “contains: milk”. Very confusing. We still ate quite a bit (of course), but I can easily say that the best part of breakfast was the doughnut we brought from the hotel to tide us over for the 0.3 mile walk to the restaurant! We headed back to the Ho-Jo, packed up, hung out on the couches in the lobby for a bit until Ryley got antsy and moved us over to the Pizza Hut to share a large pizza (probably not necessary…) before hitting the trail at 1:30pm. 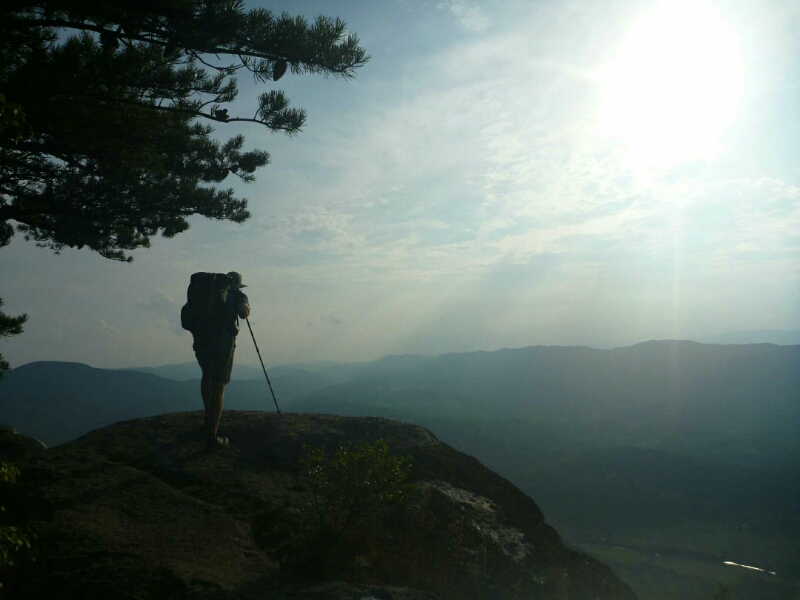 We had a big climb out of Troutville up to the ridge above and then followed the ridge a long ways. We had views of a lake on the other side and the valley we’d come out of looking back. There has been lots of haze so the layers of hills and mountains on the horizon look pretty neat, actually. We were all feeling better after our almost 24h off trail, although our bags felt heavy – we’ve been spoiled and haven’t had to carry a full 4 day resupply in a while. Plus, it was pretty hot out. At 5:30 and about 9 miles we stopped at a shelter to get water but decided to push on another 6 miles to the next shelter… A thousand ft climb up to Tinker Cliffs and pretty views to the west, then more rolling  ridge walking and a view back over the lake to where we’d been walking 6h before! We got in to Campbell shelter around 7:45pm. Lots of weekenders here as we’re a mile from a popular spot on the trail (McAfee Knob) which we’ll see tomorrow morning.