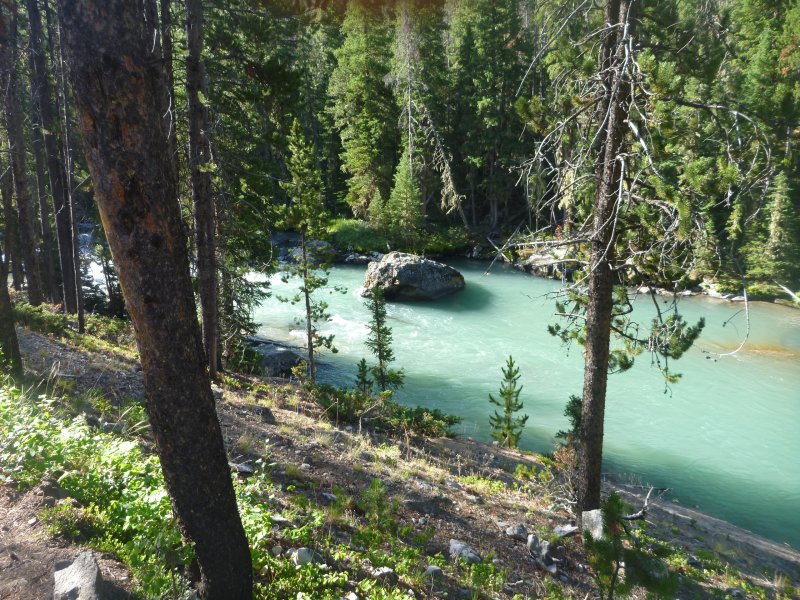 Walked beside the Green River most of the morning, so named because it really is quite green. I caught up to Hui as we climbed towards our first pass of the day and we stopped for lunch together. Had a nice chat, he filled me in on a lot of the fun that’s happened in towns and on the trail.

After lunch we got above 10,000 feet and stayed there the rest of the day. We spent a lot of the afternoon climbing three passes. We crossed the headwaters of the Green River which was neat. At the second pass, I caught up with Chance and it was fine. It seems we are not going to be hiking together anymore, but I think we’re both OK with it.

Climbing the last pass called Shannon, I was running out of gas but the views kept me going. On the other side, it was a much more gradual decline, but on terrible, rocky/muddy trail. My shins were not amused. I stopped early for dinner and used a snowbank to ice down my shin, which was a big help. Finally, I’m camped by a little lake that is swarming with mosquitos (it sounds like it’s raining they are bouncing off my tarp so often!). Regardless, beautiful.