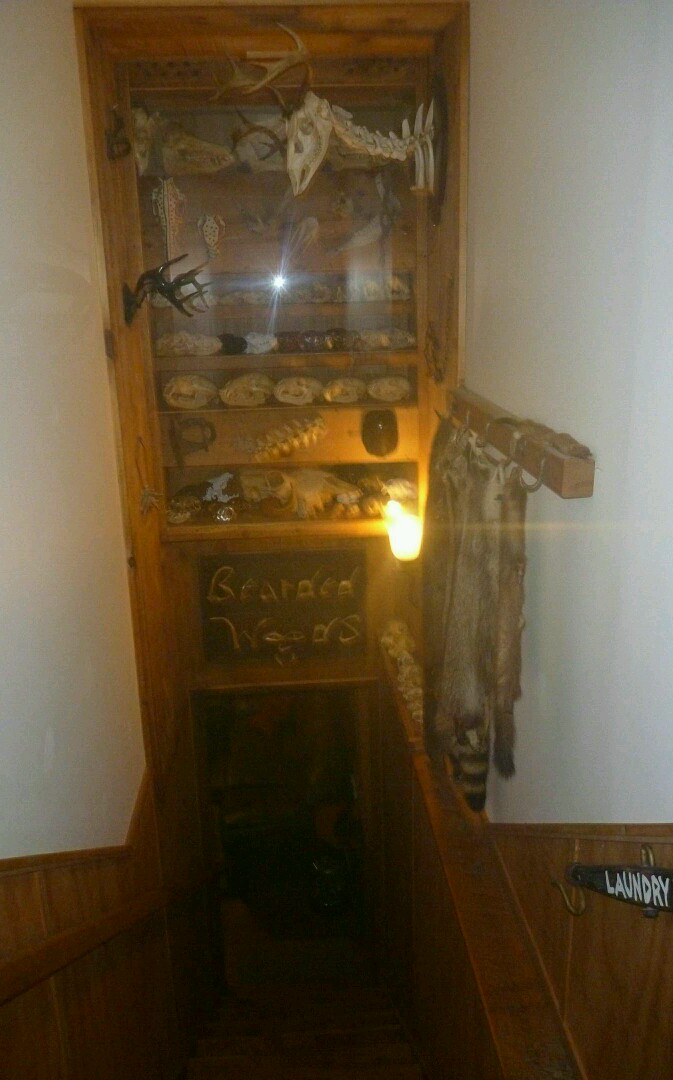 Descent into the hiker area

Coffee was on the bar at 6:30 and breakfast bagels and watermelon served at 7. We decided to do a 16 mile slackpack today and for logistical reasons we are again walking northbound for a day – a bit weird for us but we were intrigued by the idea of possibly crossing paths with some southbounders!

We started hiking just after 8am and almost immediately saw a sign on the trail “big rattlesnake ahead” – we had been told that as we get further South there are rattlers, but we thought we were still too far north. On cue, there was a long shake sound that came out of the woods, tapering off at the end. We carried on and kept our eyes peeled, but ultimately decided that at least the sound we heard was just some kind of cricket (we think it sounded like a cicada but I don’t think those live here, we’ve both heard them only in South America). So, who knows about the rattler – we didn’t see one but we counted that as a good thing.

The going was a bit up and down but with only water and snacks on our backs we felt pretty light and fast. We considered stopping for lunch but only had 4 miles left to town so just pushed on and finished around 1:30pm. We did see a couple southbounders but they were kind of grumpy and not that excited to chat… Oh well. We also caught up with 2 northbounders and walked with them for a bit, a novelty for us to walk with anyone going the same way as we are. They were telling us about about a place down the trail in Pennsylvania called Duncannon – we’ve gotten mixed reviews so far. One guy said we shouldn’t go near it with a 39.5 foot pole – it’s very seedy and the bar
rents out rooms by the hour. Someone was grossed out enough by the hotel room they set up their whole tent inside the room to sleep. The woman we were going north with today scoffed at that advice, said she’d gone to the strippers in town with some other hikers and it was a lot of fun, good beer, and you can camp in the backyard of the strip club if needed. Duncannon…

We walked the 1/2 mile into Salisbury and picked up a “grinder” (1/2 for me, full for Ryley) – a huge sub from the deli with all the fixings. Ryley also got another pint of Ben and Jerry’s to take back to the hostel. We were picked up after 2 and had the afternoon at the hostel to chill out in the cool basement again, have a shower (2 days of consecutive showers!!), received snail mail from our friends Christy and Meghan from Victoria – they’d baked almond roca and chocolate cookies and sent them to us!, and ate more ice cream while waiting for dinner. 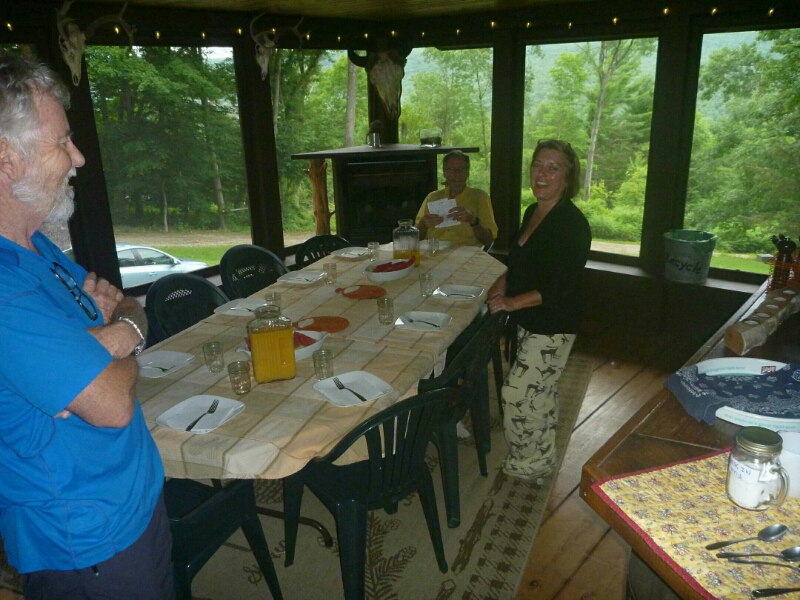 Dinner at Bearded Woods was awesome again – BBQ salmon, herb potatoes, bean rice salad, rosemary bread and butter, and a glass of wine or beer on the house. Dessert was upside down ice cream cones. Yum!

DBB – Ryley – Long Trail Pale Ale (Vermont)
Megan – Glass of Cab Sauv with dinner – I know this isn’t beer, but I thought it was important to note that we are beer-ing well considering this is the first glass of wine either of us has had since hitting the trail! Judy & Jimmy – I apologize for the vagueness of this wine entry. I hope we’re still allowed to come visit you in Virginia…