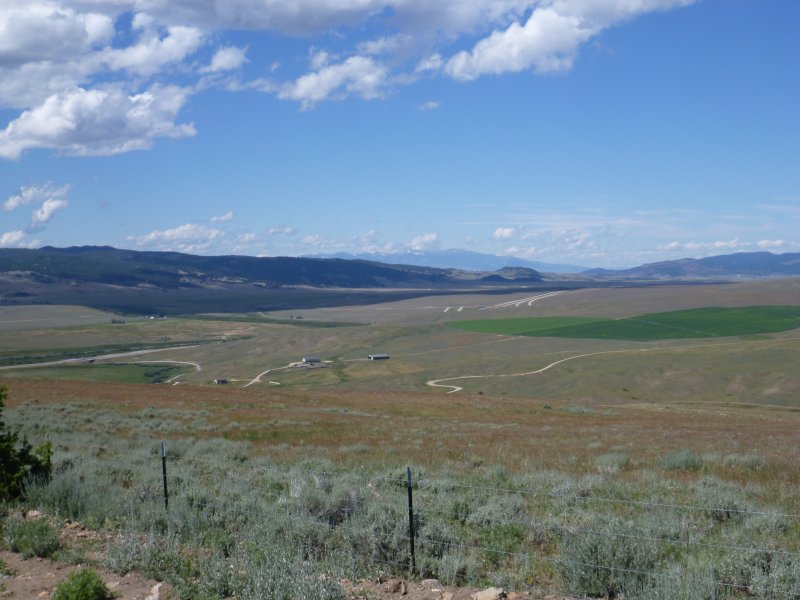 As we were falling asleep last night a giant truck rolled by about a foot from my head. I guess that’s what we get for camping 2 feet from a jeep road.

We got up early regardless and hiked around the south end of Butte on trail until lunch. After lunch we hit roads, but we had a nice break when we ran into a couple from Scotland. They were 11 months into a bike trip from South America. They sounded like they were having a fabulous trip. They had done the “CDT” for bikes through the states and were planning on ending in Banff. We hiked across this lovely valley with an Interstate in the middle… So of course we ordered pizza again 🙂

While we waited for pizza ET showed up again. This time we convinced him to stay for a slice. He told us that the bikers had gotten knocked over by a car right after we talked to them! They were fine but it was a bit of a shock. They came riding up 15 minutes later, headed back to Butte to fix a rim that had been bent. They were still in high spirits so that was nice.

Eventually pizza showed up and we disappeared it in record time. After that, another 5 miles was easy to do 🙂

One Response to Day 28