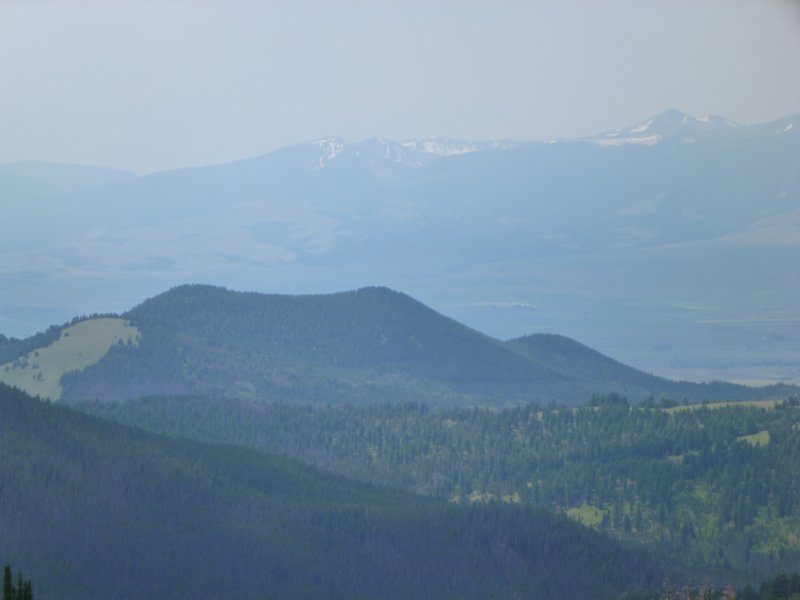 Woke up to more sun and bugs, quickly out of camp. We circled Thunderbolt Mountain then headed west for awhile. Ran into ET in a meadow looking confused, but he came along with us until lunch. He pushed on when we stopped and we haven’t seen him since.

In the afternoon it was 90% jeep roads, and the other 10% was confusion. It seems like the FS put up shiny new CDT markers on some old unmaintained trails, and didn’t get around to actually clearing the trails yet. I turned down the first one but soon came back to the road. I walked the road a bit longer and then another set of markers showed up. I couldn’t resist these either, and eventually got down to the right spot. I had completely lost Chance at this point, but we ran into each other an hour later.

The final note of the day was that we reached a major trail intersection. The CDT splits into two routes, the Anaconda and the Butte route. Anaconda is a big road walk into town and then back out. It is direct and fast. The Butte route is newer, supposedly more trail, but 60 miles longer. We are doing the Butte route as both of us rather dislike walking on roads if we can help it. It may turn out we still do a lot but it’s worth a try I think.

We ended up doing the first 4 miles on our route after dinner. All road so far!