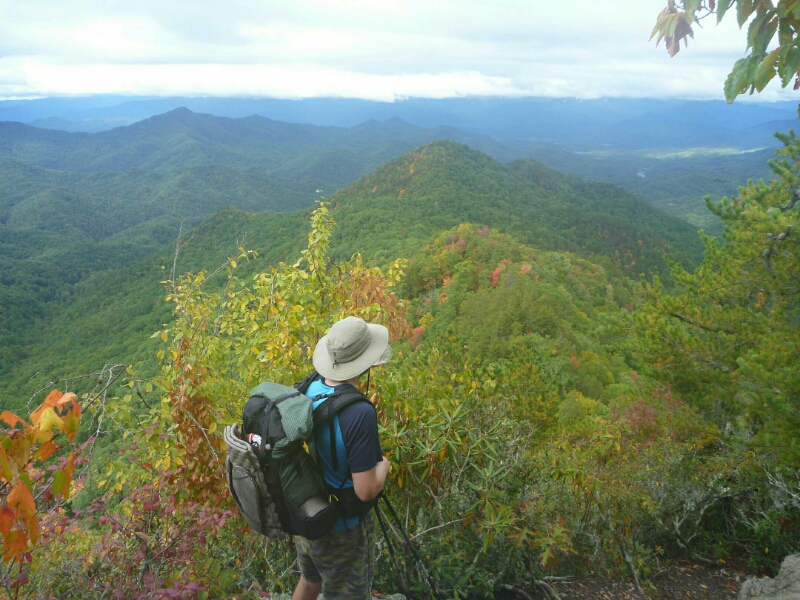 We woke up early because it’s a town day! Since the weather continues to be crap, we had to hike with headlamps for a bit even though technically the sun was “up”. We descended for a couple hours down into Nantahala Outdoors Center (NOC), with a brief view between two levels of clouds. When we hit NOC, it was a total zoo, as this weekend is their busiest of the year. Guest Appreciation Festival has a big swap meet, plus their outdoor store has a massive sale, PLUS all their rental gear for the year goes on sale (kayaks, bikes, etc, etc). There were also food vendors and live music. Thousands of people. 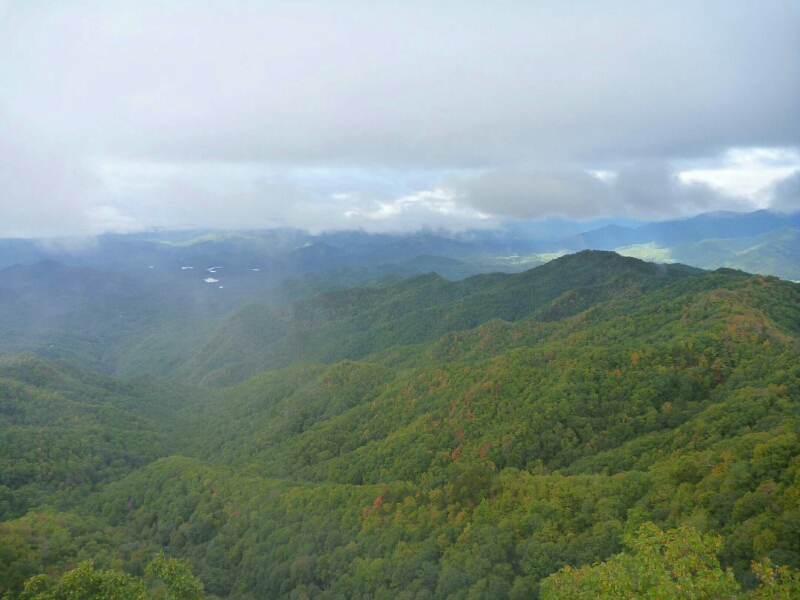 We got through it all and found the breakfast joint (and the Highwaymen) and ate a leisurely breakfast. Then laundry and very expensive/bad resupply. Then we walked across the whole NOC complex for a coin operated shower. We had another meal (and a beer) before finally making it out of the vortex by mid-afternoon. 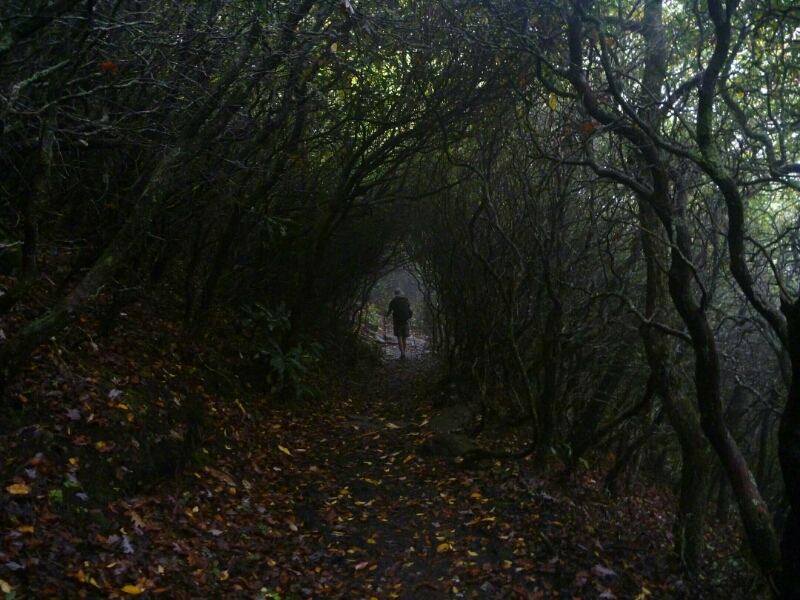 We climbed straight back up into the mountains, and eventually, the clouds. We climbed a fire tower right below the cloud line, so had a good view from there. We passed what would have been some nice views that were socked in. We hit a shelter and for the first time in a long while, we are by ourselves. The Highwaymen have pushed on to start trying to catch Brown, so we will likely see them at the end of the trail.
DBB
High Wire Brewing:
Lazy Hiker Smoky Porter (Bearcat)
Lager (Monk)