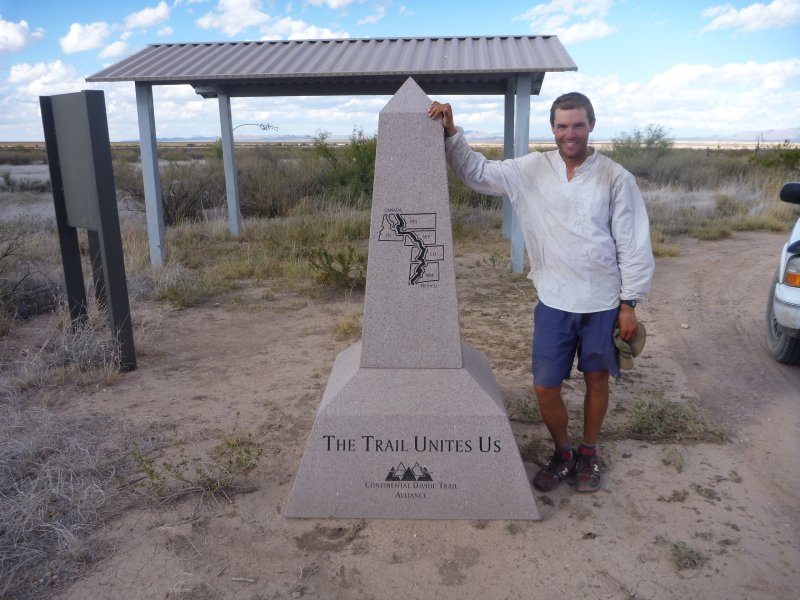 I haven’t written much since I finished, but now I’ve gotten a bit of rest and I wanted to reflect a bit more.

I was in a lot of pain the last night. My hips and glutes were very
sore and even on my plush sleeping mat, no position was comfortable.
I took a couple ibuprofens expecting that to take care of it, but
nothing changed. Around midnight 4 Border Patrol jeeps raced by me,
headlights fully illuminating me as they went by. I expected one
would stop and check me out, but nope, not even a brake light.

I finally fell asleep, waking only briefly to choke on the dust of the
jeeps return trip. I woke up to my alarm in the darkness, feeling
like I’d lost a bar fight in a blackout, but still mentally excited to
get moving.

As I walked, I had fantasies of how I’d end at the monument at the
Mexican border. Throw my trekking poles to the side. Strike a Nixon
victory pose. Write a triumphant statement in the official CDT log
book. Reality was different. I barely even took a picture at the
end. Sam Hughes was there and I spent most of my monument time
talking to him and his dogs. Then the ride out was spent staring out
the window, not thinking. Not able to think. Way too tired.

I have more time now, but still not much to add. I finished, the real
world intrudes and calls to me. I have a series of notes and TODOs
I’ve written to myself in the last 4 months, from which I hope to
retain my frame of mind as I reenter society. I hope 🙂

One Response to Finishing the CDT