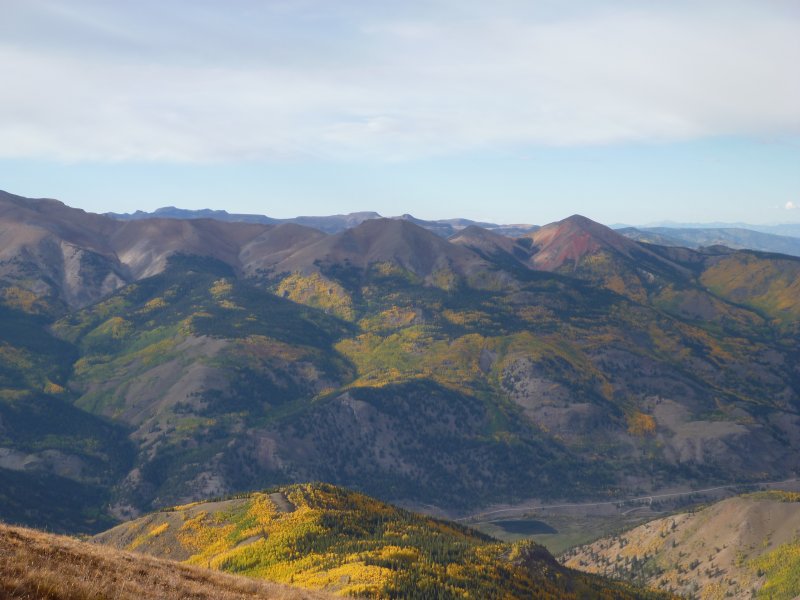 Managed to get most of my chores done before the grocery store opened. I quickly shopped and got ready to go. I had to head for the opposite end of town, so I stopped for some early lunch and ran into Chance and Lucky Joe just finishing up – they had come in this morning. Joe had found my Swiss Army knife, which I hadn’t even noticed losing at that point. Duh. We chatted and then all walked to a gear store which worked for me since it was on the right edge of town.

I said goodbye and got a fast hitch… sadly only part of the way. Then I had to wait awhile but finally a nice older couple gave me a ride the rest of the way. They had a cabin in the area, so told me all about what I had to look forward to.

Once I started walking, I ran into another couple from the area, so I walked and chatted with them for awhile. Eventually I had the mountains to myself and quickly strolled the afternoon away. While daydreaming I snapped to the realization that I had neglected to buy fuel for my stove! I’m left with the dregs from the last section, which won’t be going far. Look like I’ll be finding out what cold ramen tastes like!!!

Right when I started looking for camp I dropped over the rim of a valley and saw two elk herds below me. Up till now I had never heard the males bugling, but I had heard a bunch of hunters making fake calls with vaguely phallic whistles. The fake calls sounded so phony I thought, but the real ones are just as ridiculous, so there you go. Anyways, I wonder where all the hunters are, because there were 20-30 elk all around me, and I can still hear them calling to each other now.

(Hailey here, just for fun, here is a video from youtube of elks bugling)