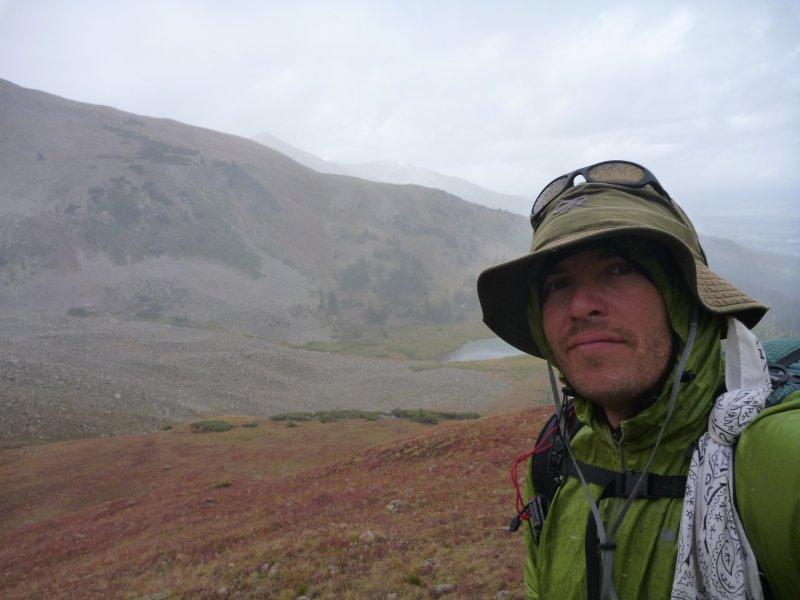 I camped at the base of Mt Massive last night, not thinking that today is Saturday – i.e. regular people would be out to hike up it… At 5am. I got up eventually and passed a huge group from “Air Force Academy” headed up. Weird to see all these young guys in cotton hoodies and sweats doing this, in the rain. Do they teach them nothing??? Cotton kills!

My first decision of the day was whether to climb Mt Elbert (the tallest of the Rockies). I hardly even considered it :). My body wasn’t keen and the weather didn’t seem very good for it – raining/snowing. Instead I went around and quickly dropped to Twin Lakes, which were really beautiful from above. I stopped in at the general store for a nice morning snack (Coke, HoHos and frozen breakfast burrito). Then I had a huge climb up to Hope Pass which I had to finish after lunch. 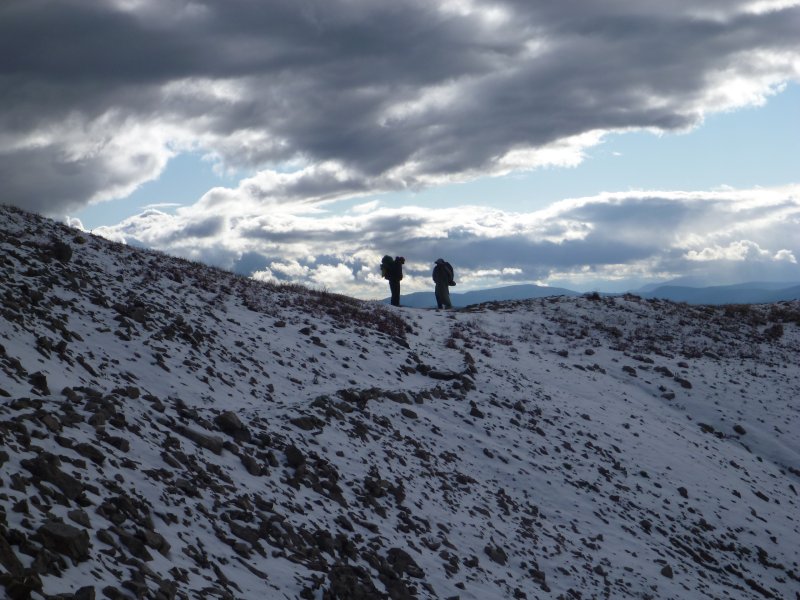 I got snowed on while eating, which got me moving pretty quickly again. The view from Hope Pass was cool because you couldn’t quite see the tops of all the mountains, so they all seemed huge. I pounded down into the valley on the other side, then walked on a gravel road for a few hours, meeting some nice people along the way. They told me I was only a mile behind Chance and Lucky Joe, and sure enough, I caught up to them at the next pass. This pass was cool because the north side had a few inches of new snow which we put fresh tracks in. The snow also dusted all the surrounding peaks, making them seem extra majestic :).

We dropped down and camped a bit early due to a lack of upcoming camp options – the trail traverses steep slopes for the next while.

Good to see the boys again, they have been taking full advantage of having Chance’s parents around. They climbed Mt Elbert and made me very jealous 🙂