We got going by 7, and as we left, two young guys in the shelter were up as well. We had chatted with them last night and they had said they usually start hiking by 11. I guess we inspired them? We got going a bit slowly so Megan could test her hamstring, which seemed to be OK. We climbed a mountain and got a view down the next river valley, then descended down into it. After about 10 miles we hit a road and hitched into town. Brown actually got us the ride, since we had gone up the road a bit to give him space to hitch. We hit town, ate some subs and calzones, resupplied, and got back out to the road. Once again, Brown got us all a ride back to the trail. (Ryley and Brown rode in the box as the fellow had his Orbea road bike in the back seat – that’s a nice Canadian-made bike!) 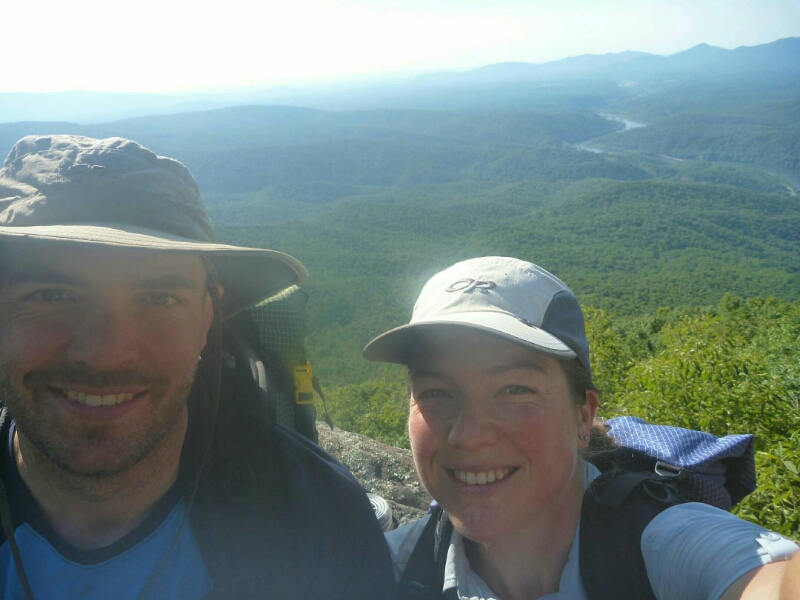 We crossed the river on a long footbridge, then followed the river awhile along the valley floor. Virginia trail continues to be really nice. Eventually we climbed up a ridge, with very cool views towards the ridges we would climb next.  We spent the rest of the way climbing ridges til we hit a campsite, stopping at about 22 miles.