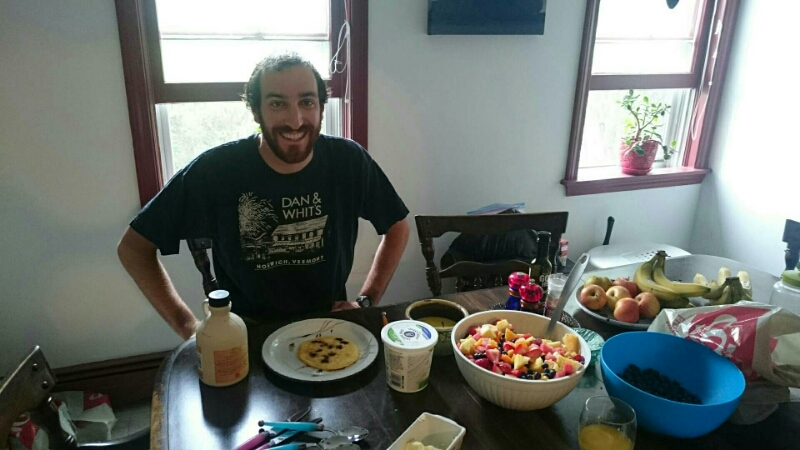 Ross and too much breakfast 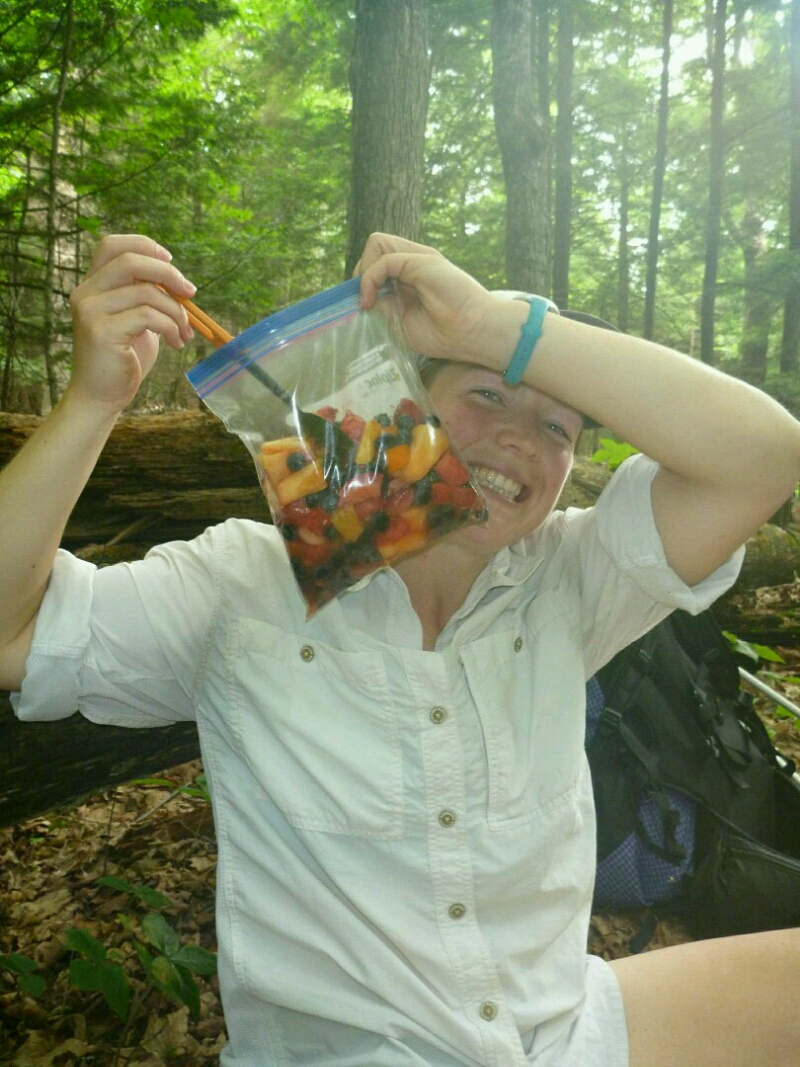 We slept in a bit at Ross’s, then made a massive fruit salad and blueberry pancake breakfast – both with huge amounts of the blueberries we picked yesterday! We packed and Ross drove us over to the trail by 11ish.  Last couple days have been hot and muggy, a hint of what is to come I’m sure.  We climbed out of town on roads, sweating coffee and beer, until we hit the trees and passed the rest of the day playing 20 questions while going up and down hills. 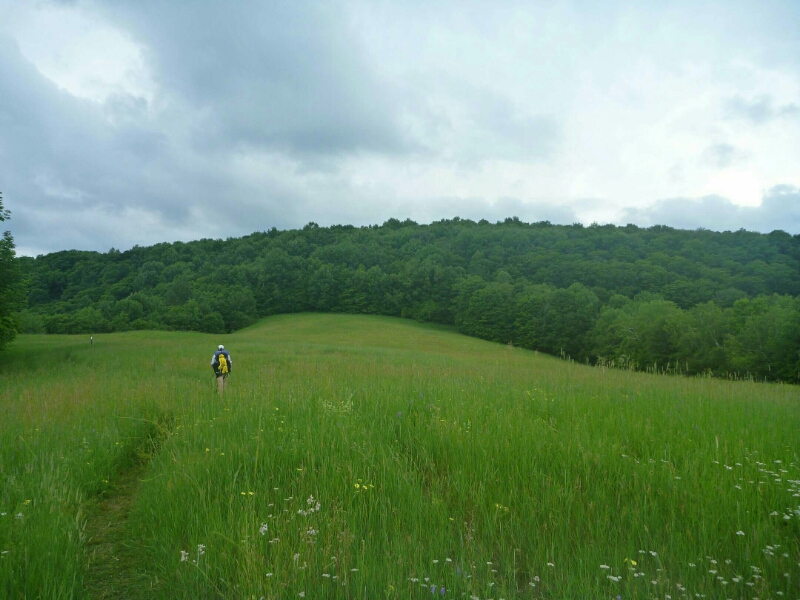 Did I mention before that we are in Vermont now? The terrain has gentled down a bit and we saw a bunch of maple trees tapped for syrup.  In general there’s more civilization, lots of roads and farms for us to go around. We meet a hiker who told us he’d just past a porcupine and it’s cub (cub?), but we didn’t see them. Apparently, we’re in a very porcupine-y area – there are signs to warn dog owners that the area has an overabundance. 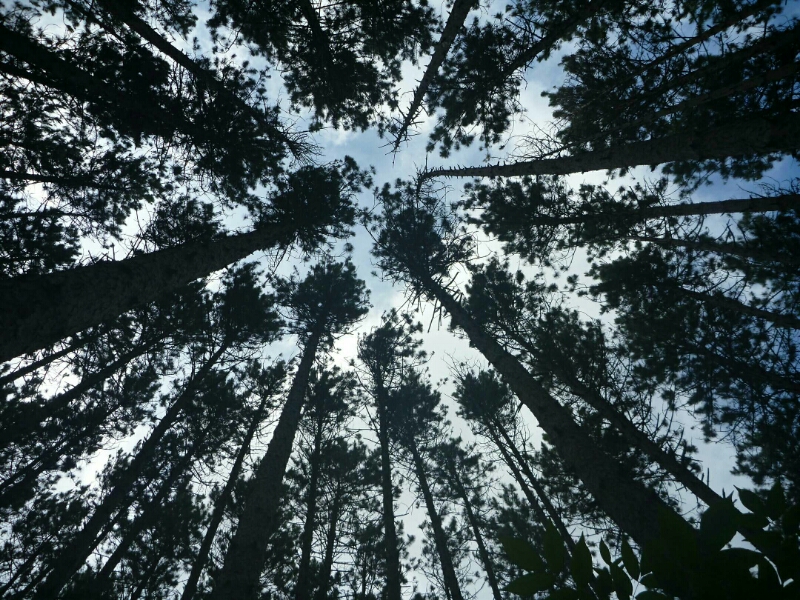 Weirdly, two trees fell near us today.  I’m not taking it as a sign or anything 🙂

We also carried a bag of fruit salad onto the trail today from town which was amazing! We don’t carry a lot of fresh food on the trail so when we do it’s extra good.

A couple not so awesome moments were when I found a tick biting my knee (male so I think it’s ok), then later in the tent I found one crawling up the roof. We were not amused. We searched through most of our stuff and we’re fairly certain that none were left, but we were getting phantom itches all evening out of jumpiness.