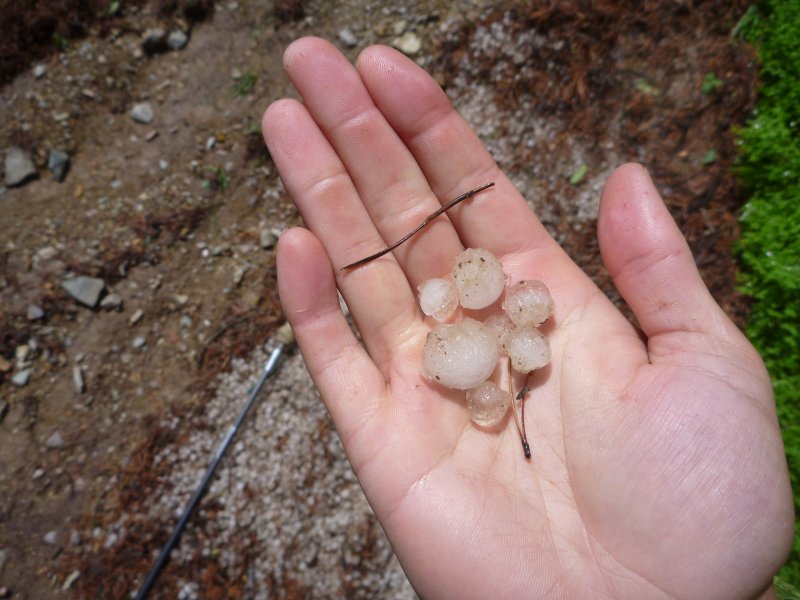 Woke up to more rain but the thunder and lightning show was done… Got on my damp clothes and was out of camp like a rocket. A very chilly rocket. The rain finally stopped around lunch, so we had a semi-successful drying out session. Eventually we just had to move on, climbing on the divide some more. The divide around here is pretty subdued, but we still had to do a ton of little climbs all day.

Later in the day we ran into a guy who is going north on the CDT, started in Butte, then he is going east on the Pacific Northwest Trail, then south on the PCT to Bend, OR. Sounds like a very fun journey. After we met him we started a series of bigger climbs.

By dinner we were both done, but wanted to push on. It started raining again so we quickly packed up and got moving. After another hour the rain let up so we decided to camp. Of course, it started hailing as I put up my tarp.

Now I am snug in bed and we have 21 miles to Helena. There is tons of thunder and lightning around us but I think it will pass soon.