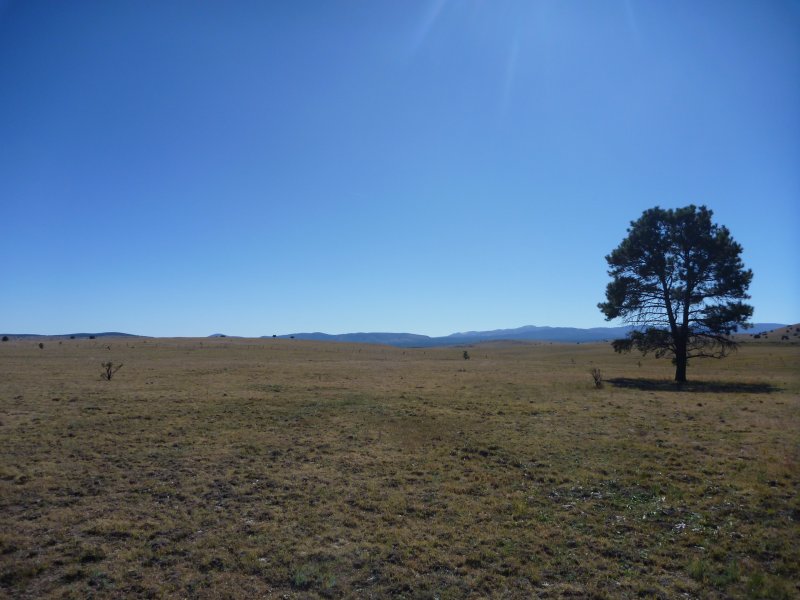 Very cold morning, which I attribute to camping in a canyon. I had condensation frozen on the foot of my sleeping bag (which I also later forgot to air out at lunch). The first three hours of hiking were very chilly. I had to stop and get water out of the ditch by the road, as the next source was 20+ miles away. Tasted fine (I’m so getting sick at some point).

I ran into a couple hunters as I was finally taking off my warmer clothes, and they gave me a sandwich and some chips. My new best friends? They were out for a 5 day hunt and hadn’t even heard an elk bugle (nor had I). Bad luck.

Then there was a bunch more road walking until finally I dropped into T-Bar Canyon and bushwhacked down it a few miles. It was quite nice really, and I was mostly able to follow cow paths. When I popped out of there, I was by the foot of Snow Lake, an artificial lake at the foot of the Gila.

The trail follows the Middle Fork of the Gila River as it winds through a canyon. It’s about 30 miles of trail and supposedly 70 crossings of the river. I’ve done 12 so far. Apparently the river can get quite deep, depending on conditions, but right now it’s barely getting my ankles wet. The canyon has been nice so far, if only because it’s a lot cooler. I will probably regret that tomorrow as I crash through ice to cross 🙂