We headed out to McDonalds very early, and had a slow breakfast (all 4 of us lingering over coffee and Internet). Most of the morning was through deep Zuni Canyon but on paved and dirt roads with a few cars. It wasn’t too bad and stayed cool almost til lunch. The terrain slowly got more boring and eventually we were just trudging in the warm afternoon until we got to one of the Mumm’s water caches. 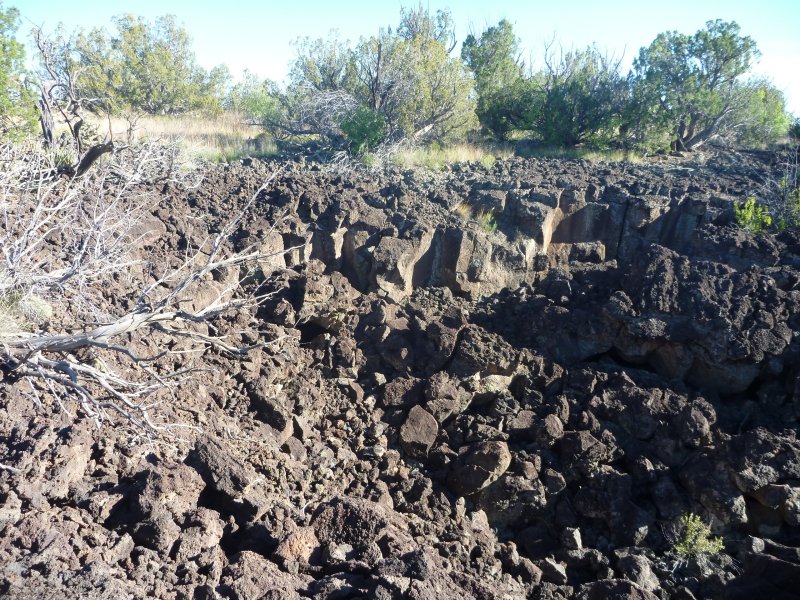 After a quick rest break, we headed out into El Malpais National Monument, an area of exposed lava. The hiking through here was really tough, as the trail was just cairns of lava rocks scattered across broken terrain. It felt like real ankle breaker territory. That being said, it was really interesting to look at all the formations as I went through. After 3 hours I came to the other side and was very ready to end the day. I had gotten separated from the others in the lava and when they didn’t show up for half an hour, I set up camp.

I was a little nervous as this area doesn’t have the best reputation on the CDT, but the others finally showed up, hiking by headlamp. We are just off the highway, by another Mumm cache, well setup for tomorrow!