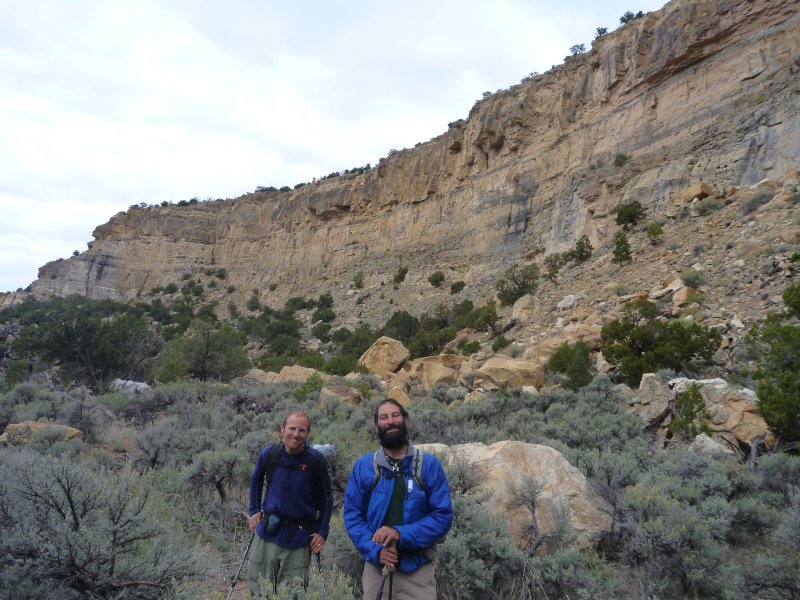 We camped in pinyon pines and grass last night and right away this morning we dropped into a canyon that was pure desert and cacti. We descended to Ghost Ranch, a Presbyterian retreat tucked into the beautifully banded canyon. I think it was built on land donated by Georgia O’Keefe. We got there on time to hang out for a bit and then have a coveted All You Can Eat Lunch with the actual guests of the Ranch. While we were waiting we found Chance who had been behind us but had moved ahead by road walking from Chama. He headed out before lunch, because he had had the AYCE breakfast already and was still full. 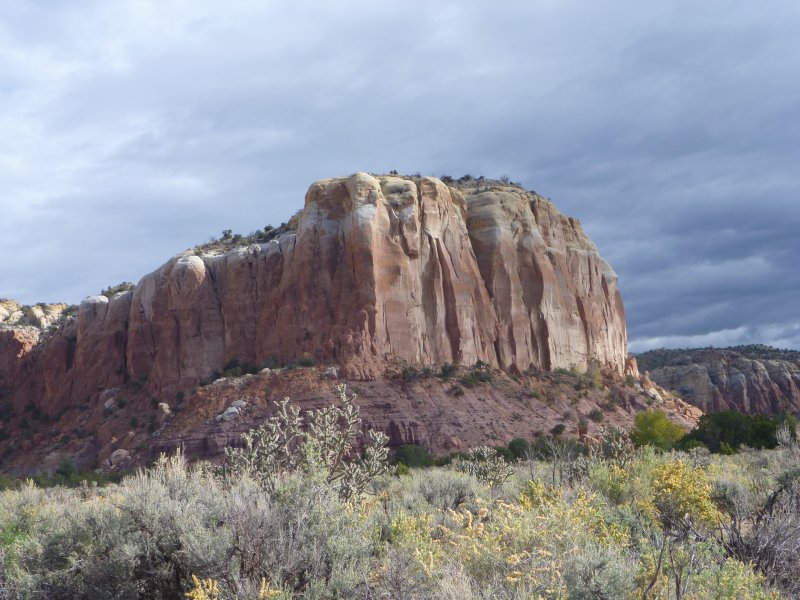 The lunch was delightful, lots of people chatting with us and then some coffee. I, of course, ridiculously over-ate and had to be hauled out to the trail by Kevin and Piper. The weather deteriorated rapidly as we headed out, going from light mist to windy rain to wind-driven sleet to snow. We were climbing a river valley then turned into a canyon and climbed up the end of it. Everything was generally shrouded in the misty clouds, but what we could see was really pretty.

Large parts of the afternoon were on the same shoe-sucking mud as yesterday but we were mostly laughing about it instead of bemoaning it. We have camped on the lip of the canyon and snow is now accumulating around us. Fortunately, tomorrow we expect to get to another ranch where we will be able to sleep indoors.

Since I’ve stuck with Kevin and Piper for a bit, I should say a bit about them. Kevin is a Jew from Connecticut who has spent most of his adult life teaching snowboarding in Aspen. He loves movies and TV and can talk for hours about them (which is quite handy for whiling away the hours on the trail). Unfortunately, he also loves puns. Piper is a pastor from Missouri who grew up on a farm. He works at a university as a computer programmer, and again, we can go on for hours about “work stuff”. He’s also obsessed with Google stuff, which is marginally less worrying than being an Apple fan-boy. Anyways, they have made this string of crappy weather quite bearable.